I wasn’t aware I’d cause such an uproar when I shared that I was painting over the Birch Tree Stencil wall (Cutting Edge Stencils) over the weekend.  My husband wasn’t pleased either.  I’ll share what I did with the wall later this week. 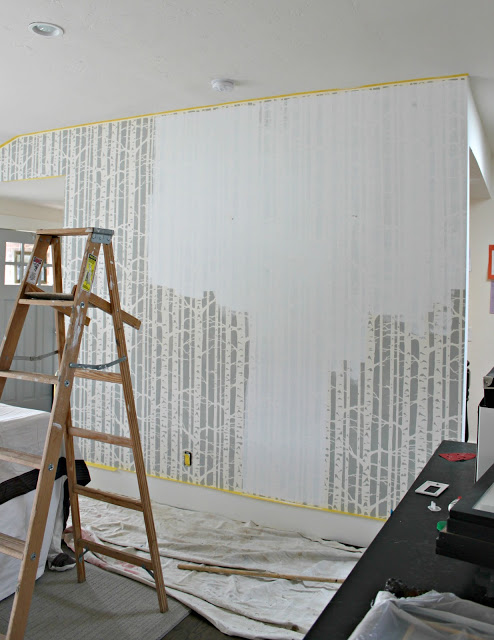 I too love the birch trees and couldn’t fully do away with them.
My plan was to stencil over the striped wall going down my stairs instead.
You may remember this project I did over the 4th of July… 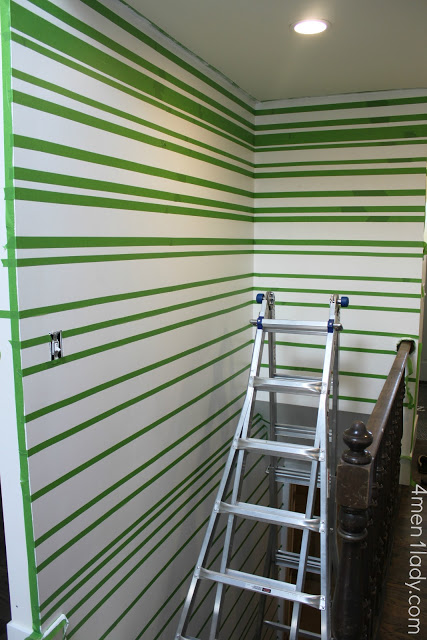 Tons of Frog Tape turned in to this…
I tried really hard to like it but it just wasn’t me.
Painting over stripes proved to be much more work than I could ever imagine.
I’m no stranger to striped walls: 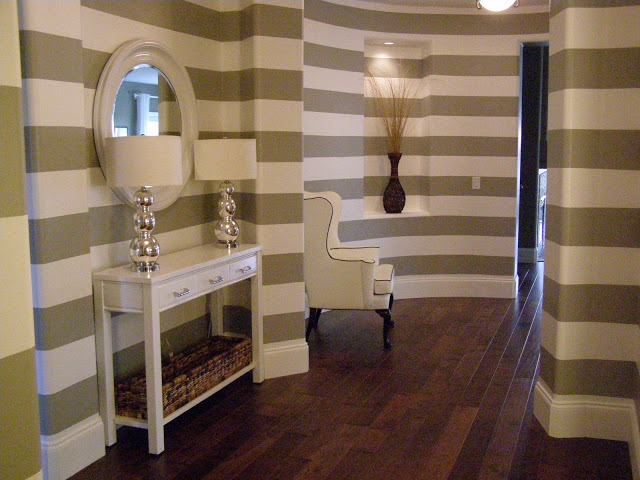 What I’ve learned is that you had better make for dang sure you’ll want to keep the stripes long term.
When you paint stripes you produce a raised edge of paint.
If you do a lot of coats, the more pronounced your edge will be.
I tried a new brand of paint which ended up to not be that quality.  Consequently, I had to use more coats to get good coverage.  As a result I was left with a sharp edge.  So the moral of the story…use a good quality paint (and Frog Tape). 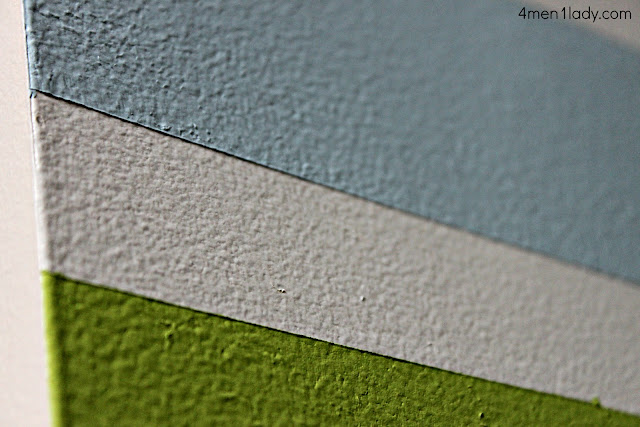 The only way to get rid of that edge is either sand the heck out of it or apply a thin set coat of drywall mud over the entire wall. 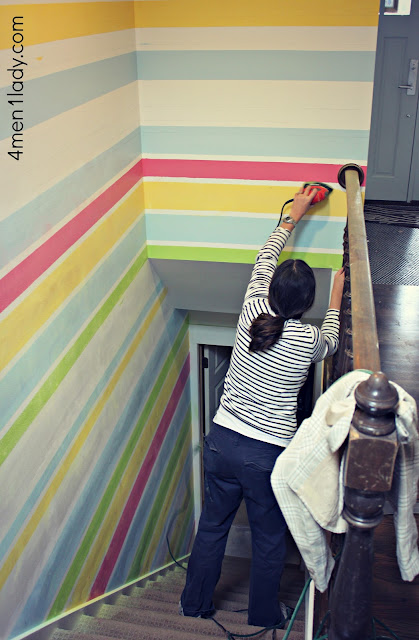 I sanded and sanded and sanded for HOURS.
I made a huge mess of dust everywhere (this pic is after the 4th clean up).
(Make sure to where a mask or ventilator.
Be extra careful about sanding paint that may be lead based paint which has terrible health effects). 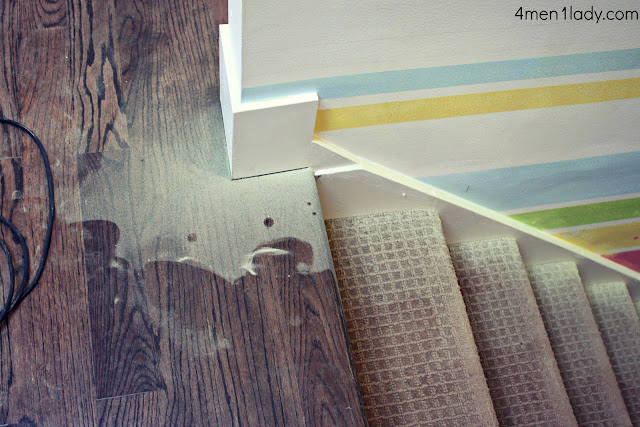 I finally thought I had sanded it all down. 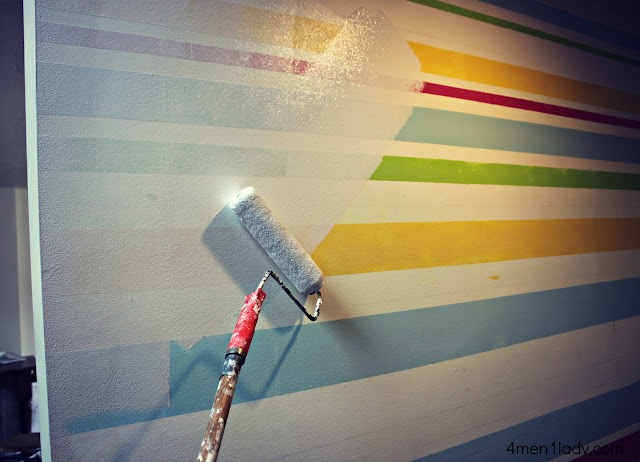 But I didn’t.
I’m convinced that the only way the sanding option works is if you completely sand the paint off the wall. 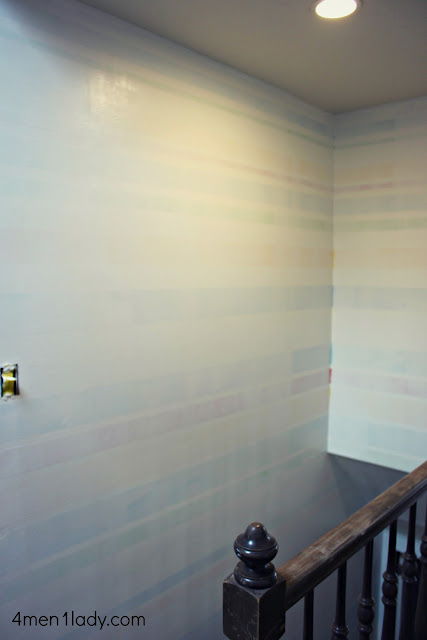 It took 4 coats of primer to make those stripes disappear.
Unfortunately, I can still see evidence of the stripes.  The color is gone but the surface shows that a stripe was once there.  After I stenciled it was less noticeable but if I ever decide do something different with the wall (which I’m prone to do) I’m sure I’ll need the wall to be skim coated with mud. 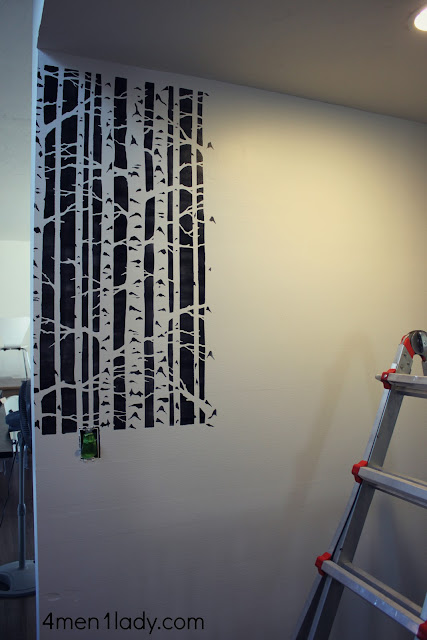 I originally opted to go black for a dramatic effect but it was too dramatic.
So I primed and painted AGAIN and went for gray.
The Mr. and the boys went to a grandma sleepover which allowed me to work well in to the night. 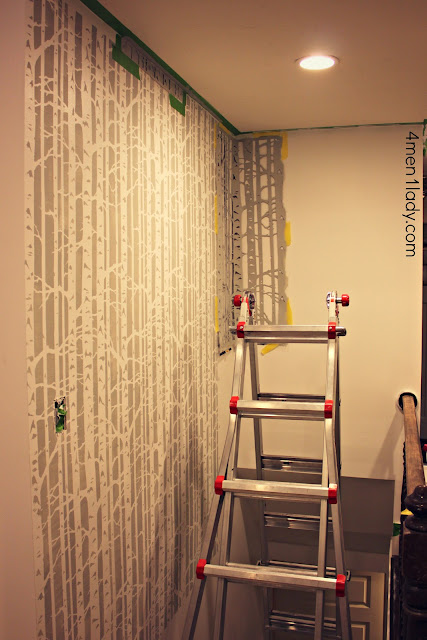 Finally done at 1:23am, doing the one-armed, self portrait. 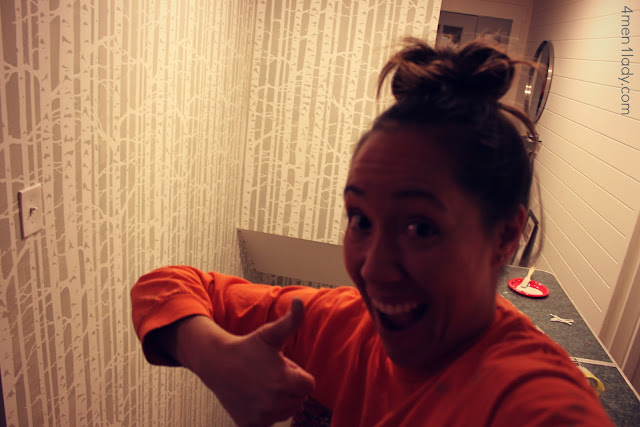 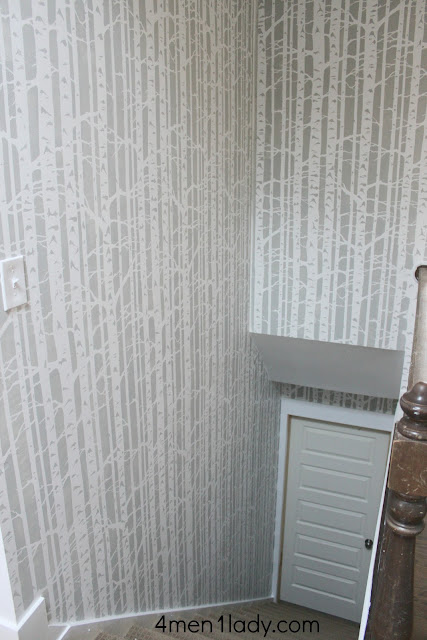 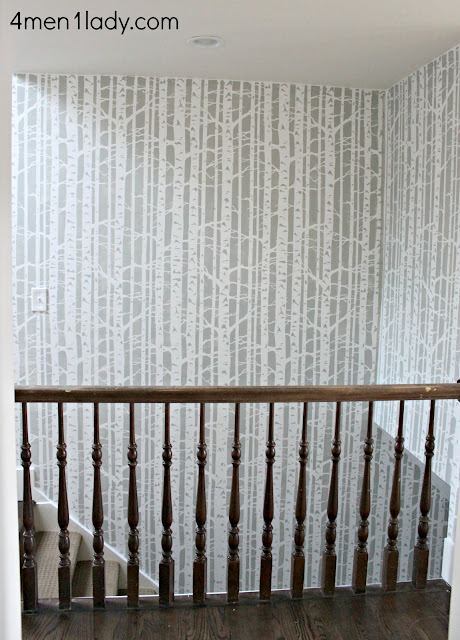