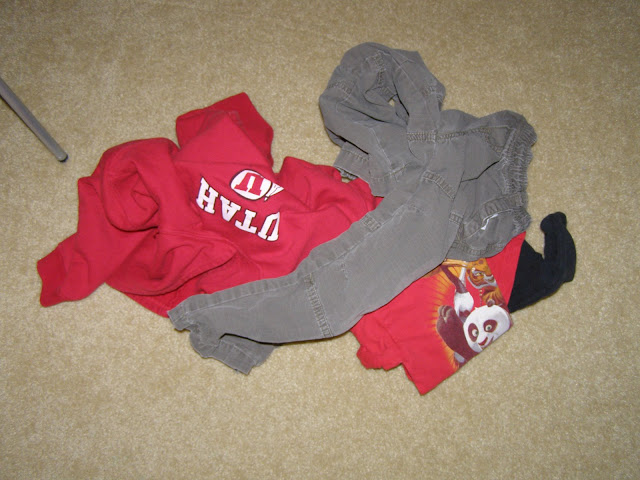 Tani is on the mend after a run with Sinusitus and asthma. Thanks to some Penicillin and Prednisone he’s doing much better. Here is what he laid out tonight after I tucked him in. Notice he still picked out an outfit but it isn’t laid out all thoughtful and pretty like he normally likes to do. Case in point, the spider on drugs.
SHARE: