Ready to see an old, dated bathroom?
Here you go. 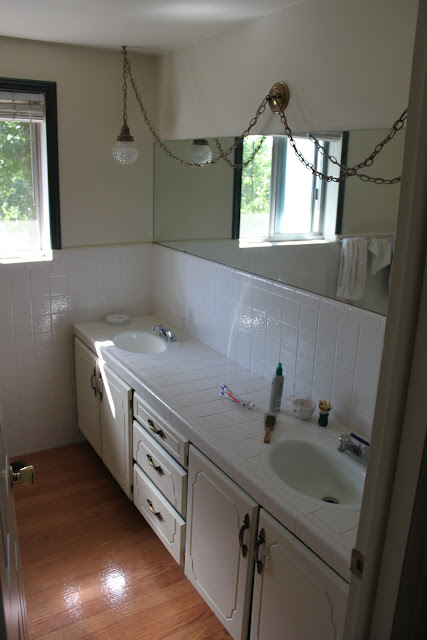 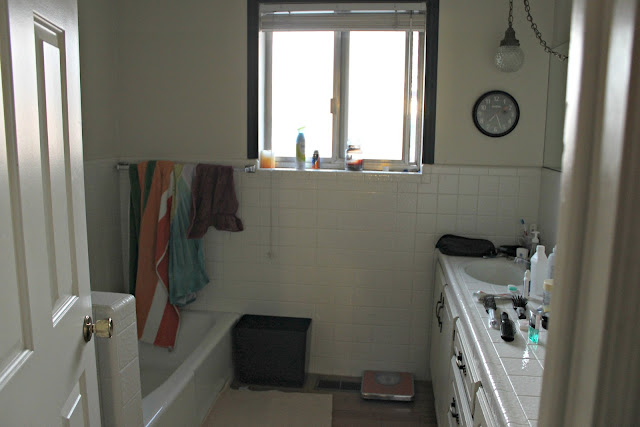 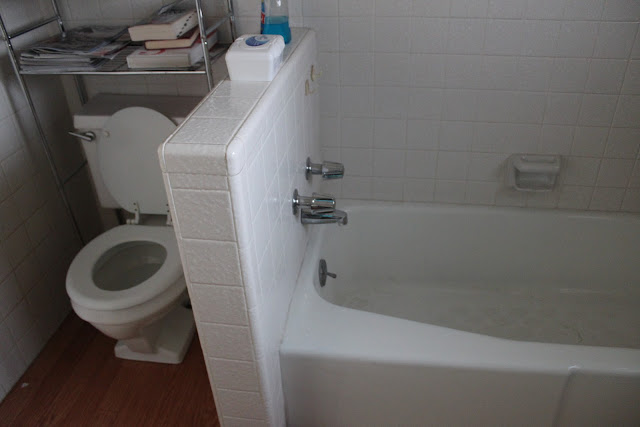 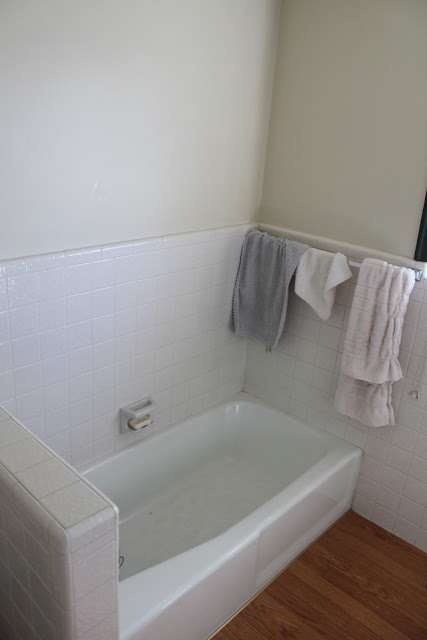 We shrunk the bathroom by almost three feet.
It was a real hot button between the Mr. and I.
I was the one who didn’t want to move the wall.
In the end the bathroom worked out perfectly and I’m glad we did it!

If there’s one thing I’ve learned about grout, even the cleanest bathrooms eventually grow ugly, dark mildew.
I opted for pearl grey grout which will help disguise it.
Yes, I still faithfully scrub with an old toothbrush.

My mom made three hooded towels for each little man then had then monogrammed so there would be no fighting over which towel belongs to who.
Lifesaver, mom, lifesaver!

These cabinets are my other lifesaver.  Since we shrunk the bathroom, out went all the storage.
These cabinets by Concealed Cabinet appear to be framed pictures…but not so.
My original idea was to designate one cabinet for each little man.
Unfortunately there was a pipe behind the third space so we could only fit in two.
The third is just a frame that I was able to buy just for consistency.
It’s just fine though because they provide more than enough hidden storage. 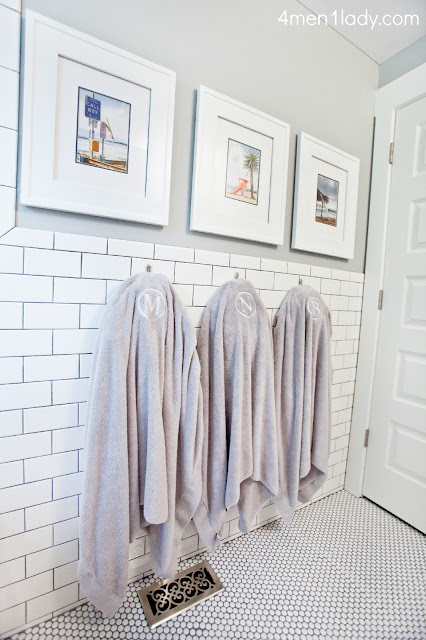 Love my art by my cousin Jesse Miller.
He is art reflects images of the sea.