It’s been a long haul to update our fireplace.
Originally it was one of the features that we were going to leave “as-is” but then you get in to a remodel you get foolish and start to say things like, “Since we’re already at this stage, we might as well…”
Curse those dangerous, budget-busting words.
Here it was to begin with in all it’s 1970’s glory. 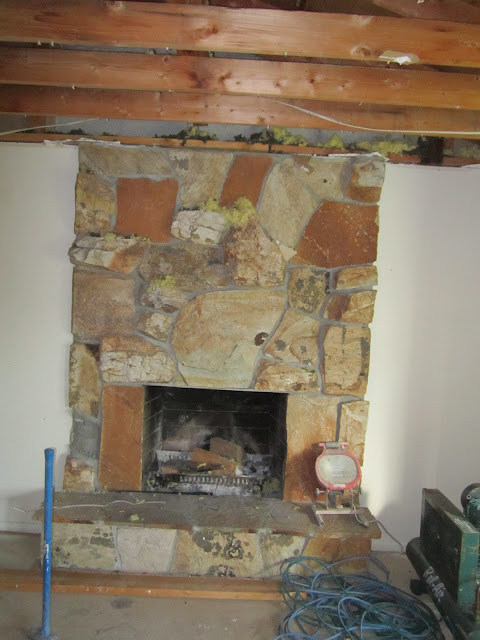 We almost left it as it made the best rock climbing wall for kids.
Some serious demo took place. 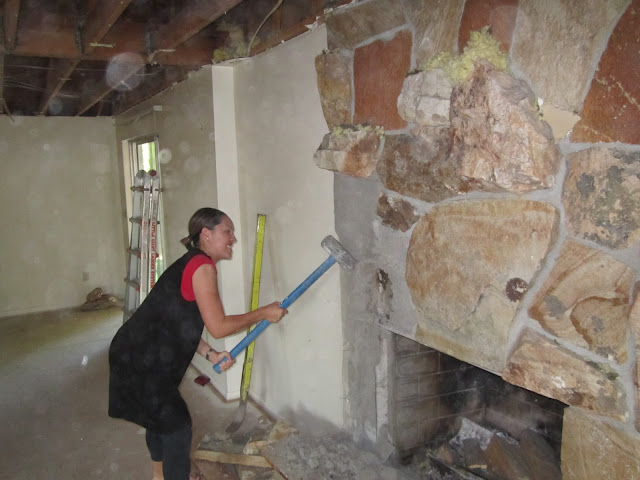 We decided on a gas fireplace insert.
We ended up opting for one with a little more pyrotechnics so this one went back.
We also decided to eliminate the first row of cinder block so that the fireplace with sit flush with the floor. 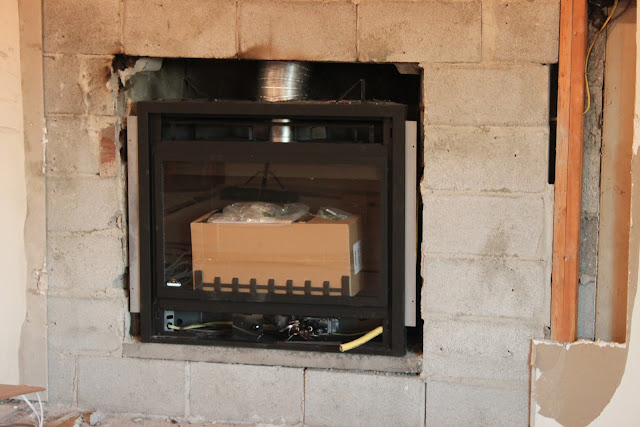 Then came the marble from Italia Granite and fabricated by MGS By Design which makes the whole thing! 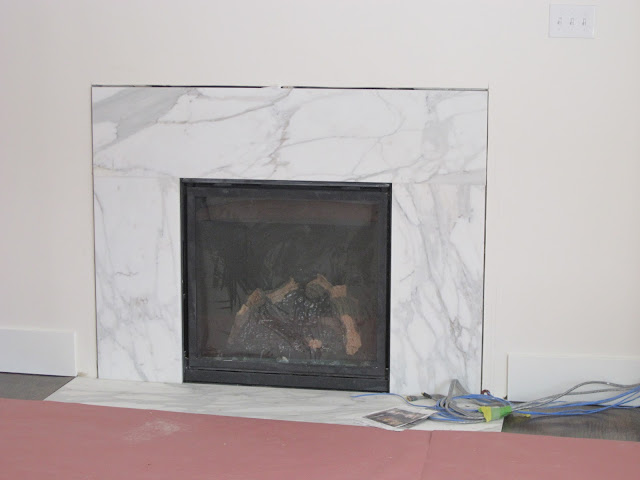 Time for a mantle.
I wanted something with clean lines, simple and modern.
The carpenter taught my 4 year what scribing meant.
Thank you. 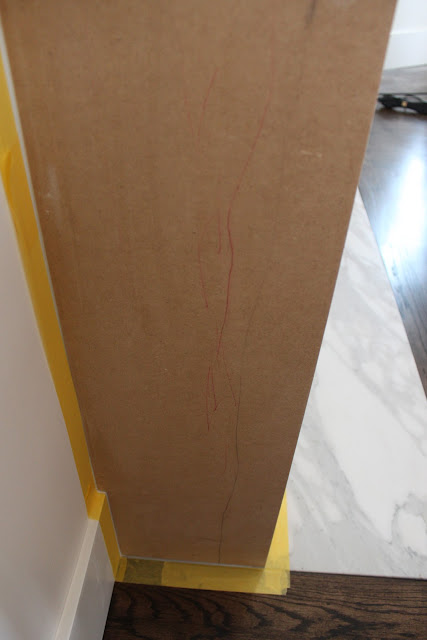 Time for primer and paint.  I used Frog Tape to tape off all the places I didn’t want paint.  This time I opted for Frog Tape Delicate (yellow) which is great because it won’t peel off the paint where you tape it. 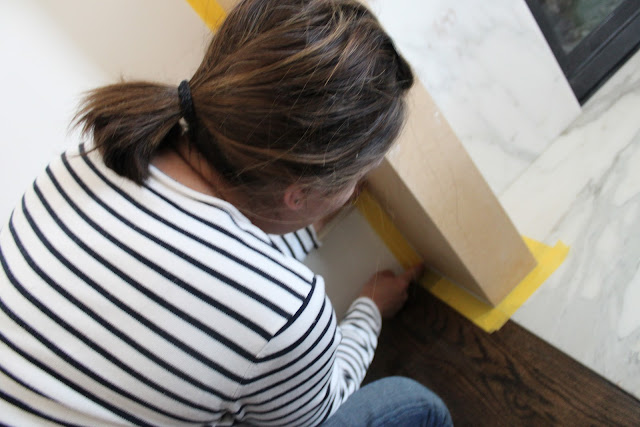 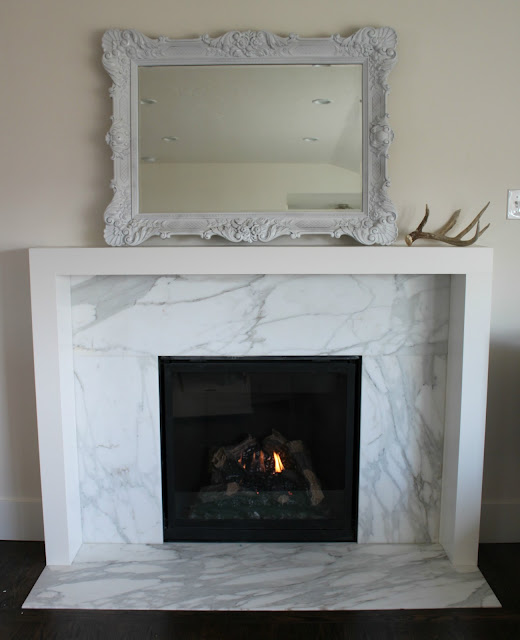 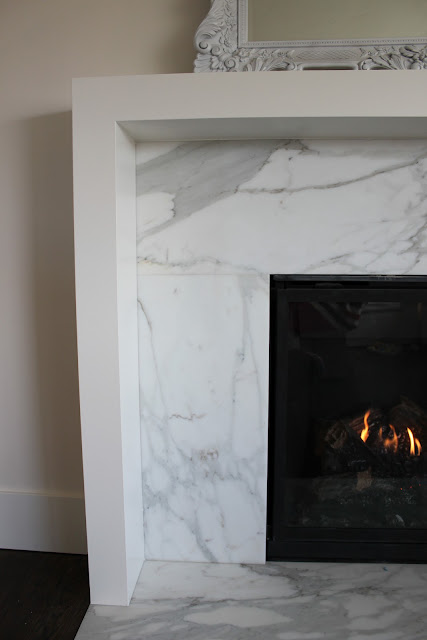 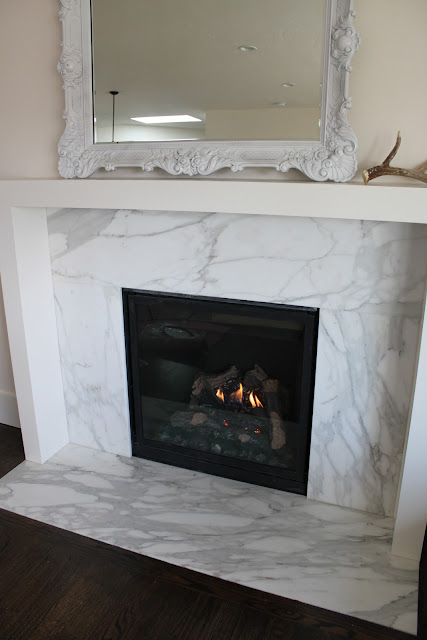 Utah ain’t so bad when you have one of these to cozy up to.