This year I broke down and bought an Elf on the Shelf.  How could I not after my boys kept coming home with the most magical stories about their friend’s “elves” popping up in different places every morning? What was I to say when they asked why no elves were coming to our home? Oh boy, I had to fight hard to hold back an eye roll. So a few mornings ago “Scritch” magically showed up at our house. 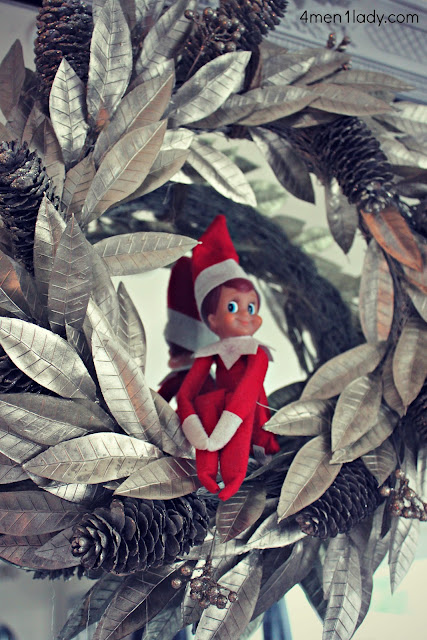 And I had some very happy little campers.  As much as I loathed being one of the droves who has bought in to this trendy, holiday marketing scheme, little “Scritch” has been the best $30.00 ever spent. 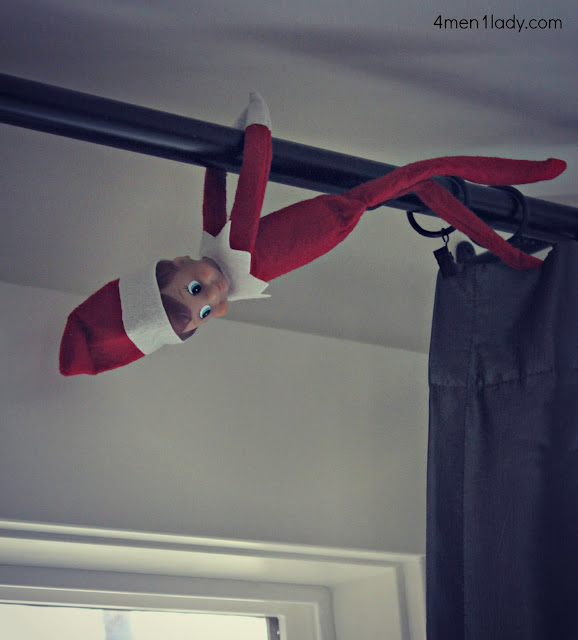 In case you’re not familiar with the Elf on the Shelf guidelines…
-He can hear us but he’s not allowed to talk back.
-He flies home each night to report to Santa everything he’s seen and heard (kind of creepy).
-Don’t touch him or his magic goes away. 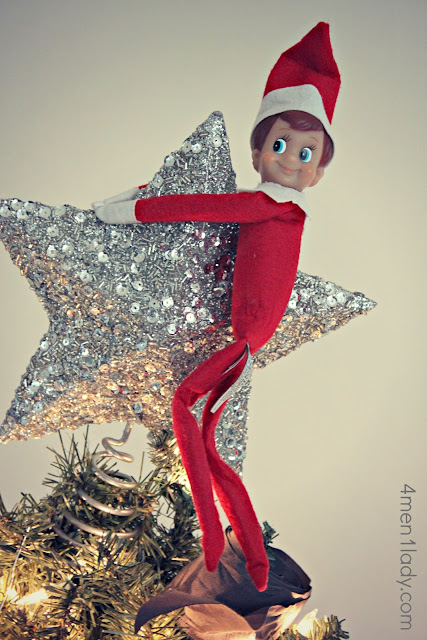 He’s become the most revered and feared person in our home.
The other day I overheard an argument brewing in the other room.
One boy told the other, “I’m gonna tell the Elf on you.”
Silence.
Whaaaat?
I don’t get half the respect that elf gets when the threat of being told on to mom is laid on the table.
I can’t tell you how much good behavior has resulted from the phrase,
“Do I need to have a talk with the Elf?“ 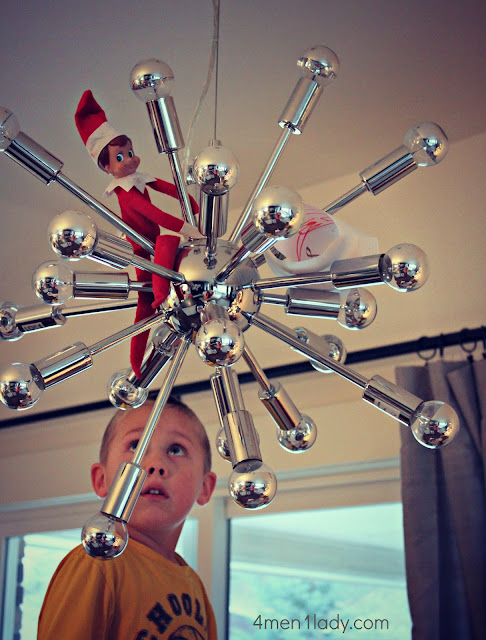